RIP Maestro.
Posted by rabe at 6:57 PM No comments:

Email ThisBlogThis!Share to TwitterShare to FacebookShare to Pinterest
Labels: Deep and black and hollow

The day I saw Neurosis.

Neurosis is not just a band.
At least for me.
For me Neurosis represents something more important and something more personal that just a band.
It is something that goes over the music.
There is a connection between me and their music.
Yesterday night I went to see them playing live for my first time and it made me really happy.
I met 3/5 of them and it made me really happy.
I could talk about the show now, but it was exactly as it was supposed to be.
What is important is that now I have seen Neurosis live, and my life is better.


Rise shining blank
Scars burn way down
It parts ways of the
Serpent view cast
Stones where to stop
Calling you they all
Lower me to the ground
Stick him they all
Lower me to the soil
Stick him
Star reign down
On you
You'll starve
Bright star in the
Dripping sun
Writhe on saints
Steal from your actions
Step in right on it's
Function stick him
Star reign down
On you
You all lower me
Christ's shine blinds
Your world
Your belief is scars
The will to power
Ascension manifest
That which is above
Is as that which is below
Thy will be done
Thy kingdom come
On earth as it is in heaven
So mote it be
Here some picture: 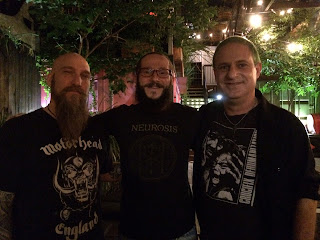 Look at this: I'm smiling! It's rare! 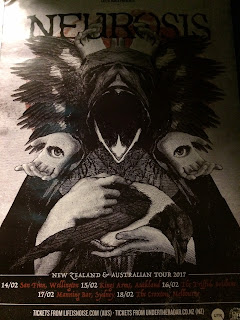 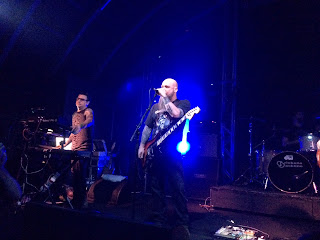 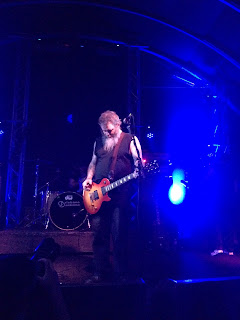 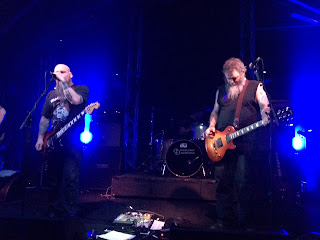 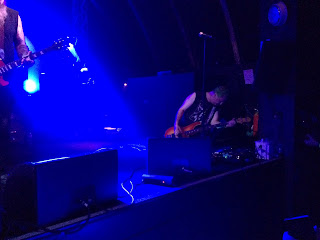 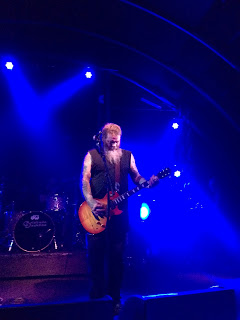 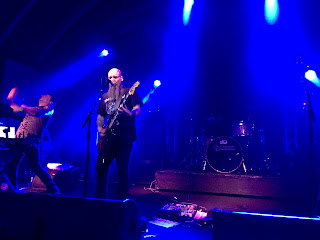 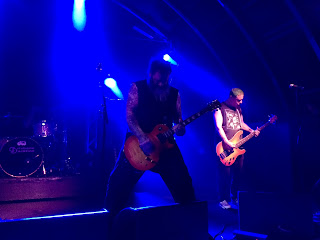 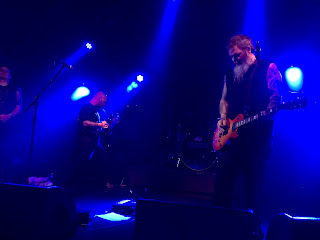 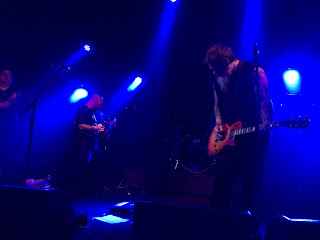 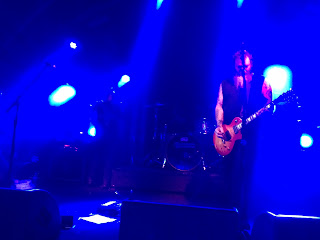 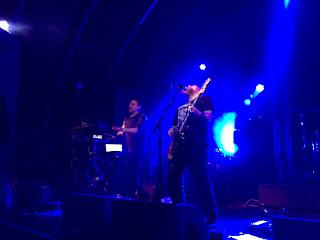 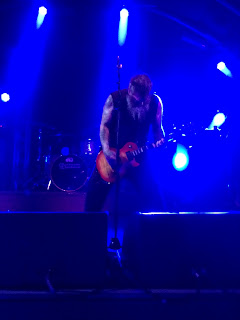 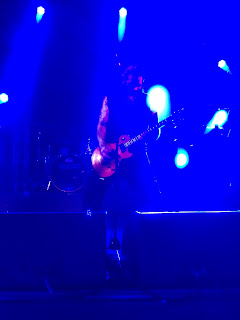 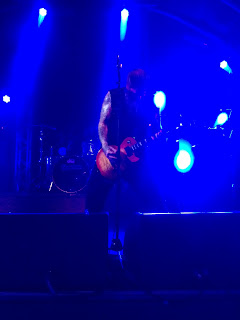 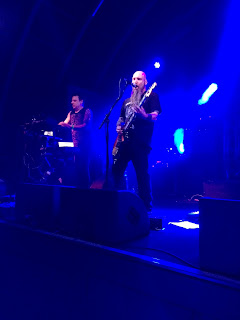 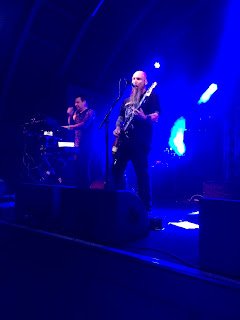 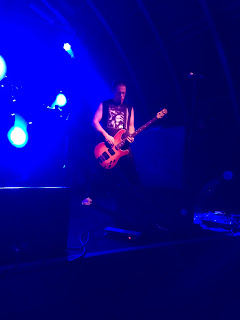 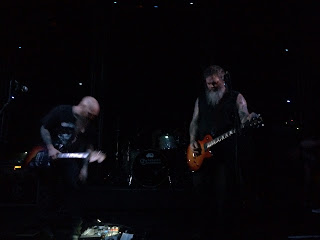 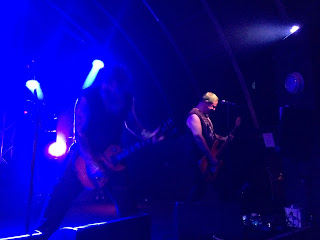 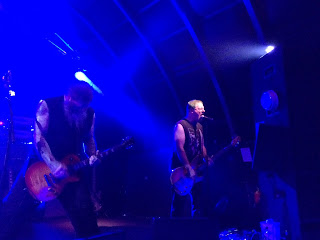 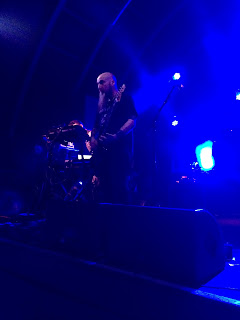 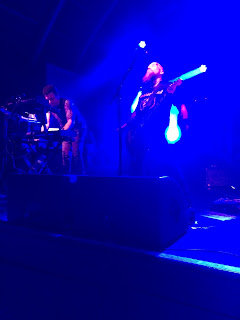 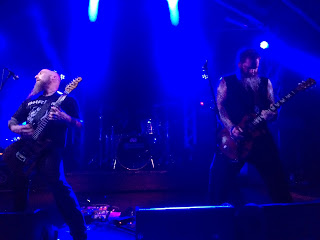 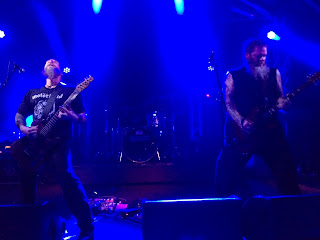 P.S.: a well deserved note for the opening band, Dispossessed. Angry and extremely politicised with the clear intent of spread their message about aboriginal people. They deserve all our support. Unfortunately, it's pretty rare to find something about them on-line 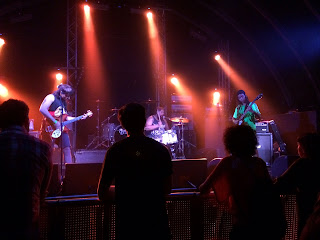 
Listen to "Locust star" by Neurosis.
Posted by rabe at 10:58 PM No comments:

2016 is over (a pretty damn busy year for me).
A lot of of good albums. Here is my undisputed list (with no apparent order).

Listen to "Countdown to extinction" by Megadeth.
Posted by rabe at 6:43 PM No comments:

Email ThisBlogThis!Share to TwitterShare to FacebookShare to Pinterest
Labels: Deep and black and hollow, Random thoughts

Finally! Finally I saw Baroness live!
I missed them twice back in Dallas and I have had to cross the ocean and the equator to see them live... But I finally did it.
The opening band was Grieg, from Brisbane. I didn't know them, and I'm happy that I had the opportunity: I really liked them and their show, so support the scene and buy the new album (here).
Then it was Baroness time. Technically perfect, with a good selection of songs from the Red, the Blue, the Yellow & Green, and the Purple album (maybe too many from the Purple album, which is not my favourite, or maybe I haven't well assimilated yet). Anyway, great show, full of energy and sweat (and one farting dude).

Here a couple of pictures from the show: 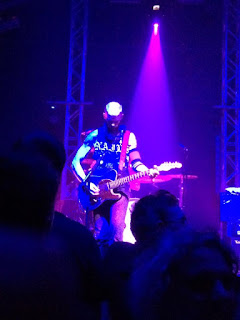 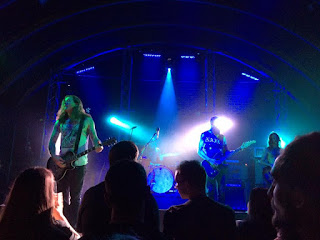 Note: because I'm old, no more head banging, but only groovy bop.
Note number two: am I the only one who recognised Nick Jost before the show?

Listen to the Yellow & Green album from Baroness.
Posted by rabe at 12:48 AM No comments:

...just a couple of quick words for my first metal gig down under (2 days ago): Deftones + Karnivool + The voyager (who????).
The Voyager: boring to me, not my kind of music. I laid down on the grass sipping beers.
Karnivool: perfect. Like listen straight from the CD. Amazingly prepared (meh.). They played a new song: new album soon? Hopefully.
Deftones: not from this planet. Everything is on Chino' shoulder, and he knows that and he loves it. A lot of moshpit, a lot of fun, a lot of songs. Great!

Two comment about the Australian metalheads: 1) they watch and listen not through their phone and they enjoy the show. How about that americans? 2) They love weed. A lot.

The end.
Kill yourself now.

Listen to Deftones and/or Karnivool.
Posted by rabe at 1:03 AM No comments:

100 reasons of why being a metalhead is awesome and you suck.

Listen to "Decade of aggression", by Slayer. The best live album ever created since the discovery of music.
Posted by rabe at 1:09 AM No comments:

Followers of the mighty wallaby